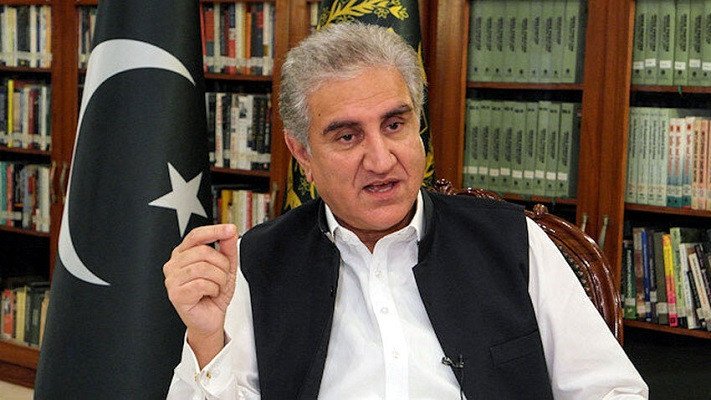 ISLAMABAD: Foreign Minister Shah Mehmood Qureshi said on Tuesday that the world was aware of Pakistan’s efforts for peace in the region.

The foreign minister’s remarks came during a press conference at the 9th Heart of Asia-Istanbul Process Conference (HoA-IP).

“We are looking towards the future,” the FM said. “The regional ties would only be able to prosper when is there is peace.”

Talking about the Afghan peace process, FM Qureshi said everyone agreed that there was no permanent solution to the problem other than comprehensive dialogue.

“Pakistan has been saying for years that there is no military solution to the problem of Afghanistan and now it has been registered in everyone’s mind which is a great achievement,” he said.

The foreign minister further acknowledged that achieving peace was not an easy process and there were still hurdles however, he said, we have to move forward.

“I had a good meeting with the Turkish foreign minister yesterday in this regard,” he said adding that today he also has meetings with Afghanistan’s president and foreign minister.

Earlier, it was reported that Pakistan welcomed the recent efforts to re-energize the process aimed at ending the war in Afghanistan but warned against spoiler attempts to subvert the peace negotiations and prevent a political settlement in the strife-torn country.

In a statement submitted to the UN Security Council, Ambassador Munir Akram called on all sides to work towards the reduction of violence leading to a ceasefire, a natural expectation from the peace process.

The Pakistani envoy’s statement followed a briefing, via video-link from Kabul, by Deborah Lyons, the Special Representative for Afghanistan, about the situation in that country during which she sounded alarmed about soaring rates of violence that continue to hamper humanitarian efforts and erode public confidence more broadly.

“Continuation of violence will strengthen the hands of ‘spoilers’, both within and outside Afghanistan, to subvert the peace negotiations and prevent a comprehensive political settlement in Afghanistan,” Ambassador Akram said in his remarks.

“We must guard against those who desire to frustrate a peaceful settlement on the pretext of safeguarding democracy and human rights and to continue to use Afghan territory against its neighbors.”

“Terrorism has had a devastating impact on Afghanistan and its neighboring countries,” the Pakistan envoy said.