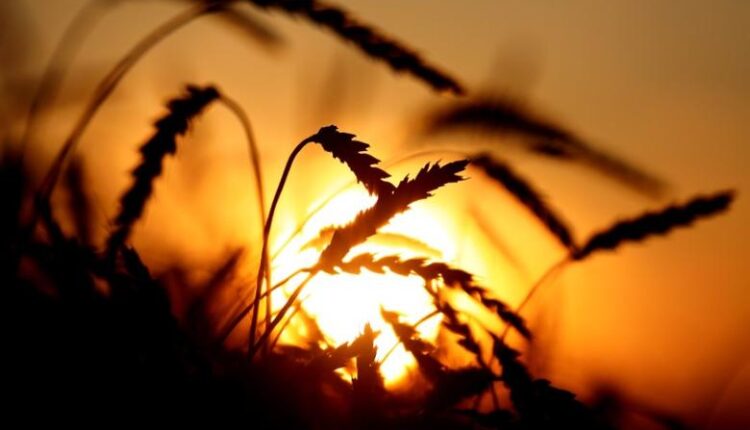 The government has so far allowed the import of more than 2.6 million tons of wheat

ISLAMABAD: The government on Wednesday allowed the import of 300,000 metric tons of wheat at $286 per metric ton price but deferred a decision on increasing electricity prices by Rs3.50 per unit again.

Headed by Finance Minister Dr. Abdul Hafeez Shaikh, the Economic Coordination Committee (ECC) of the cabinet deferred increasing the prices on account of fuel cost adjustment for the months of November 2019 to June 2020.

The ECC allowed the Trading Corporation of Pakistan to accept bids for the import of 300,000MT of wheat at $286 per metric ton.

The government has so far allowed the import of more than 2.6 million tons of wheat to meet the shortfall but the prices have not been brought under control.

The government expects to import another around two million metric tons of wheat due to less than targeted production this year.

The government deferred the decision to increase in electricity tariff by Rs3.50 per unit to recover pending fuel cost. The Power Division had proposed passing on the increase through March and April electricity bills.

The Ministry of Energy (Power Division) tabled a summary regarding a decision of the Authority for Fuel Charge Adjustment (FCA) and after detailed discussion, the ECC directed the secretaries of the Finance and Power Divisions to deliberate further and present an updated proposal before the next ECC, according to Finance Ministry handout.

The Rs3.50 per unit average proposed increase was over and above Rs1.95 per unit surge in the electricity bills on account of annual-base tariff.

Currently, the government is in the process of implementing the IMF conditions for the revival of the bailout programme.

The Power Division informed the ECC that Nepra had notified the FCA for Nov-2019 to June-2020 for passing on to consumers in two months (August & September 2020).

The FCA rate in the billing month of Aug-2020 had been notified at Rs2.4228/kWh (for domestic consumers using up to 300 units per month & private agriculture) and Rs1.1711/kWh (other consumer categories).

But the government remains unable to take a final decision on the issue.

The ECC also amended the criteria for giving subsidies on housing loans to 300,000 families under the PM’s housing scheme.

The ECC allowed the Naya Pakistan Housing and Development Authority (NAPHDA) to enter into agreements with private parties for implementing the scheme.

The ECC approved the stipulated eligibility criteria and payment mechanism for cost subsidy against 100,000 housing units to be constructed during phase-I by the end of the year, according to the Finance Ministry.

The private party will submit a project before the NAPHDA that will approve it subject to the conditions that the land will have clear title and must have road connectivity and access to other services.

“NAPHDA shall obtain information as to the willingness of NADRA and the National Counter Terrorism Authority verified bankable applicants to occupy low-cost housing units at the proposed location.”

After signing of the agreement and securing financing from the bank, the balloting will be held to provide subsidised loans to the applicants.

In case of default, the amount of cost subsidy will be treated as equity participation for mortgage and shall be liable to repossession by the federal government. The banks will have the right to recover their loans under the Foreclosure Law and the regulations.

Similarly, the ECC also approved a summary by NAPHDA about a revision in key parameters of Mark-up Subsidy Scheme for housing finance, as recommended by the State Bank of Pakistan, to ensure maximum participation for access to quality housing at an affordable price by fulfilling a relatively relaxed eligibility criteria.

In July last year, Prime Minister Imran Khan had announced Rs300,000 per house subsidy for 100,000 units and Rs30 billion have been allocated in the budget.

The Power Division submitted another proposal regarding payment of outstanding dues and settlement of tariff issues with the Azad Jammu & Kashmir Government.

After detailed evaluation, a sub-committee was constituted under Chairmanship of the Adviser to the PM for Institutional Reforms Dr Ishrat Husain, said the Finance Ministry.

The federal government provides electricity to AJK consumers at a cost of Rs18.8 per unit to Rs24.5 per unit. But the AJK government pays the bill at the rate of Rs2.59 per unit, which results into annual subsidy of Rs38 billion. The finance ministry does not fully fund the subsidy, which adds into circular debt.

The Ministry of Finance has supported a proposal to end the power subsidies to the AJK consumers and wants to provide electricity at standard rates.

The ECC approved a summary by the Ministry of Energy (Power Division) regarding GOP sovereign guarantee against financing facility of Rs15.3 billion from local banks for the evacuation of power from 1,320MW Thar Coal Based Project (SSRL/SECL).

Top 10 Underrated Countries to visit in 2021