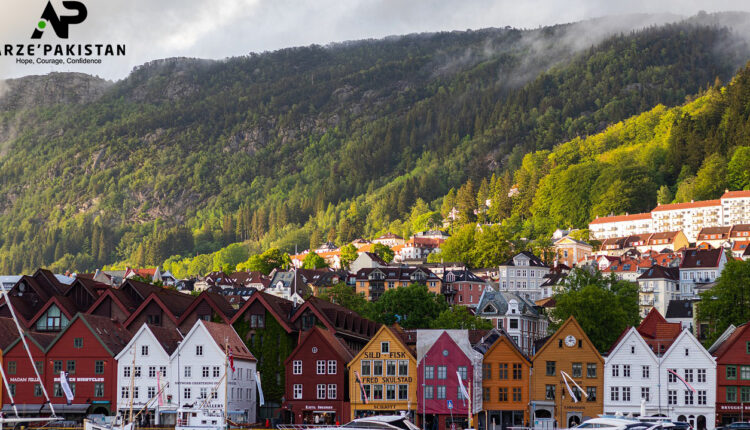 Top 10 places to visit for the love of history, nature, and architecture in Norway

Norway has made its way to the list of any excited traveler in the world. From the stunning mountains, the majestic fjords, and many churches and lighthouses, there are plenty of places to visit in Norway Tour for a perfect trip with friends, family, and couples. Above all else, it is the desire of many to catch a glimpse of the breathtaking Northern Lights once in their lifetime.

The Best Places to Visit Norway

Planning a trip requires careful planning if you want to decide where to go in Norway tour packages. We’ve listed our favorites here:

Places To Visit In Oslo

More than half of Oslo is covered with forests and parks, which is why hiking and cycling are very popular here. See where you can go:

The iconic Opera House is built in such a way as to trick people into thinking that it is rising from the water. It organizes its shows on three lavishly built stages – the Main House, the Second House, and the Studio. Its majestic windows offer pedestrians a glimpse of the elegant interior, making it one of the top tourist attractions in Norway.

It is one of the largest attractions in Norway and the most popular amusement park in the world. It’s host to more than 30 attractions such as SpeedMonster, SuperSplash, ThunderCoaster, and SpaceShot. During the summers, you can also enjoy the water park known as BadeFryd, which has a swimming pool, a river, and an impressive water slide.

This is a great addition to any tour of Norway, particularly the history buffs. This building was built in 1299 under the orders of King Hakon the Fifth and has stopped several sieges of the city over the years. Norway tours usually include a guided tour of this fortress, which also hosts several concerts and ceremonies!

Places To Visit In Tromso

This museum offers a variety of fascinating details about the locals living in Norway, the Sami. The Tromso University Museum also shows the most prominent point of interest in Norway, the Northern Lights. It’s one of those interesting places to visit in Norway that should be on everyone’s list.

If you’re thinking about what to do in Norway, get to the Arctic Cathedral, another of Norway’s popular attractions. It is famous for its striking architecture, both modern and beautiful. The large and majestic stained glass window represents the resurrection of Jesus Christ and makes this church one of the best tourist attractions in Norway.

This is home to the largest Norwegian planetary and offers tourists a chance to look up and down at the Northern lights. Tourists also have the option of researching universal phenomena on various topics related to climate, environment, and energy. It is popular in all lists of places to visit in Norway.

This garden houses a rare array of flora from Northern Norway and is one of the most interesting places to visit in Norway. The flowering season begins in May and lasts until October. The most interesting sights here are purple saxifrage and yellow cushion plants, pasta flowers, and a number of flowering bulbs.

Places To Visit In Bergen

One of the busiest ports in Norway, Bergen is surrounded by a chain of hills known as the Seven Mountains. It is the country’s cultural center for common events such as the annual Bergen International Festival, the Nattjazz Festival, and the Bergenfest.

Read More: 9 of the best romantic things to do in the Maldives

It’s one of the most popular destinations in Norway. The narrow streets and antique wooden buildings, numerous dining rooms, studios, and workshops are practically asking to be explored. When you’re there, don’t skip the fascinating Bryggen Museum, which has many objects from the 14th century on display.

This fascinating Scandinavian fortress has occupied the entrance to Bergens Harbor since the 16th century. When you’re here, you have to spend some time in the famous Bergenhus Fortress Museum, which shows the involvement of women and several resistance groups during the German attacks.

The Hakon Hall was built in the 13th century for King Hakon Hakonsson. Built next to the Rosenkrantz Tower, this exquisite structure has been expanded several times as a reflection of its strength and fortification.

How To Pick Gifts For Housewarming That Will Surely Impress Everyone?