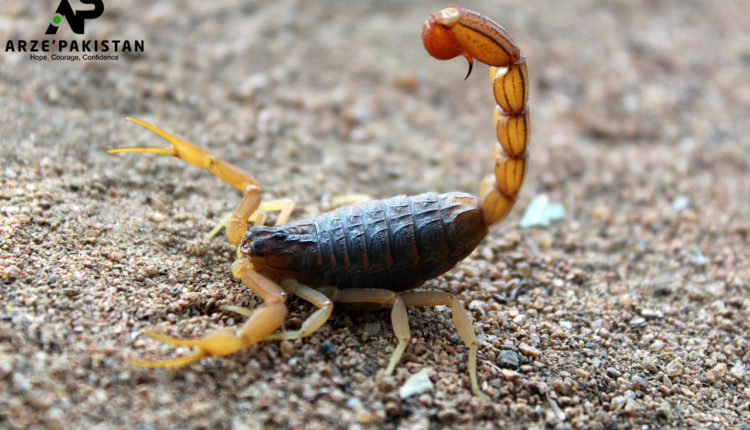 The world’s most expensive poison, a gallon worth 5 billion 85 crore rupees!

London: Can poison have any value? Yes, the world’s most expensive poison is now available in the form of 5 gallons at Rs 5.85 billion.

The world’s most expensive poison poison belongs to a special type of scorpion. Scorpion venom is used in scientific research, laboratories and pharmaceuticals. The price of a gallon (Pune 4 liters) of this particular scorpion is 90 39 million, which is up to Rs. 5.85 billion in Pakistani rupees.

There is a scorpion in the world called “Death Stalker” scorpion. Its venom is the most expensive liquid in the world and its venom is also extremely deadly. The bite of this scorpion is 100 times more painful than the sting of a bee and kills children and adults instantly.
According to scientists, the poison of Death Stalker is made up of many complex chemicals and that is why experts around the world are interested in its poison. Deathstock scorpion venom contains the peptide chloro toxin, which is used to treat cancerous brain tumors.

Read More: Bitcoin Cryptocurrency is reaching its peak of recovery…What are the causes and repercussions?

It is also used in the treatment of diabetes and in the production of insulin. That is why scientists and medical experts around the world are showing extraordinary interest in this poison.

But firstly, the number of these scorpions is very small and secondly, an adult scorpion provides only two milligrams of venom at a time and that is why its price is so high. Once the venom is removed, it is only two to three weeks later that the scorpion makes so much venom again. That is why it is called the most expensive poison in the world.