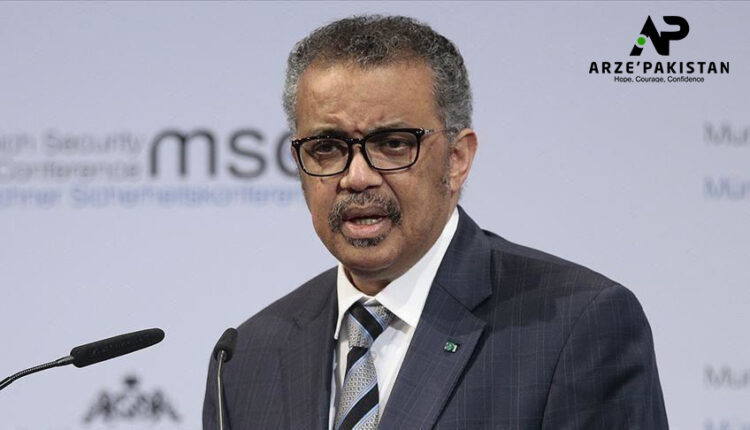 Geneva: The World Health Organization (WHO) has expressed concern over the effectiveness of a COVID Vaccine designed to prevent new strains of the corona virus.

Speaking at a press conference, World Health Organization (WHO) chief Tedres Adhanom Ghibresis said that after the suspension of the AstraZeneca vaccine in South Africa following the emergence of a new form of corona, we should assess the spread of the virus. We have to take all possible steps to prevent this.

The head of the World Health Organization says emerging forms and strains of the corona virus have raised many doubts and concerns about the effectiveness of available vaccines.

He described it as “worrying” that none of the vaccines available for corona virus were fully effective against the modified form of corona virus diagnosed in South Africa.

He said there were several important aspects to consider in the study that led to the suspension of vaccination in South Africa. The sample size for this study is small and involves mostly young medical professionals.

In South Africa, vaccinations have been halted within a week after encouraging results emerged against a new form of the virus in the country.

The AstraZeneca COVID vaccine was initially given to medical personnel, and a week ago South Africa received 1 million doses. However, a review of the vaccine, which initially vaccinated 2,000 medical professionals, said the vaccine was not proving effective against a new strain of corona in South Africa, which has since delayed vaccination. ۔

However, experts say a large-scale review will be needed to assess the effectiveness of the vaccine against the new strain of the virus.

Green tea and coffee are useful in stroke and heart disease.