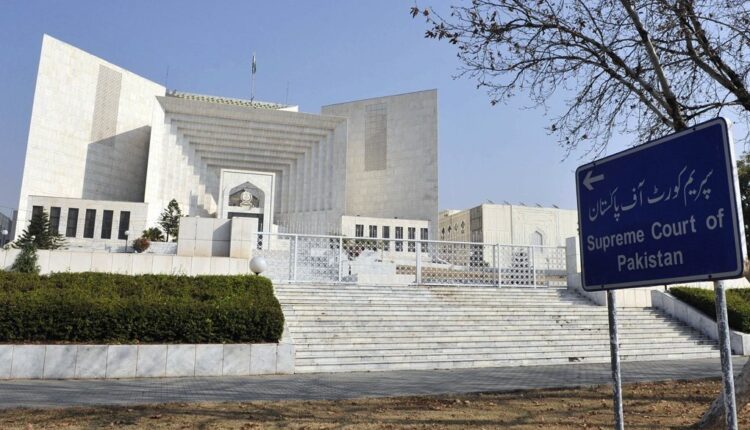 Proof, quantum of evidence, scale and severity of violations of law will warrant a re-poll in entire constituency

ISLAMABAD: Issuing a written order regarding the issue of a fresh by-election in Daska NA-75, the Supreme Court has asked what standard of proof, the quantum of evidence, and scale and severity of violations of the law would warrant a re-poll in the entire constituency.

A three-member bench of Supreme Court presided over by Justice Umar Ata Bandial while hearing the PTI petition against Election Commission of Pakistan (ECP) decision regarding re-election in NA-75 noted that there is no cavil with the proposition that the election supervisor is empowered under Article 218(3) of the Constitution read with Section 9 of the Elections Act, 2017 (“Act”) to ensure that elections are conducted honestly, justly, fairly and lawfully in such a manner that coercion, intimidation and pressure tactics are stymied.

“However, the question before us is: what standard of proof, quantum of evidence, scale and severity of violations of law will warrant a re-poll in the entire constituency. As it presently stands, Section 9 ibid operates in a very limited span of sixty days following the publication of the result of an election.”

The order said that the jurisdiction of ECP under the said provision partakes of executive and quasi-judicial powers that may be exercised promptly to cure any irregularity in the conduct of an election.

Therefore, the benchmarks laid down by the law for the election tribunal to annul an election and order a re-poll may not strictly apply to the ECP under the said section without suitable modification, the order noted.

In such circumstances, the bench noted that they would like to examine whether the impugned action of the ECP, namely, its allegedly excessive response to the prevailing situation in Daska was within its jurisdictional parameters.

The court observed that counsel for the parties have so far not analyzed the extensive material on record to relate the same to the powers and jurisdiction of the ECP under the Constitution and the Act.

The court noted that in particular, these questions have not been addressed: Firstly, what transgressions on the polling day could constitute grave illegalities or violations calling for a fresh rather than a partial re-poll?

Secondly, in what situations would non-pervasiveness of the illegalities or violations committed on polling day still attract the same result?

“To assist the Court in answering these questions, we would appreciate if ECP could present a map of the constituency labelling the polling stations where specified wrongs were committed along with a chart explaining the said labels. To come up for arguments on the foregoing points on 19.03.2021,” said the order.

It further stated that as it presently stands, section 9 operates in a very limited span of 60 days following the publication of the result of an election.

The ECP had on February 25 ordered re-election in the entire NA-75 constituency on March 18 after suspicions that the results may have been falsified.

The election supervisor’s decision came on an application filed by PML-N’s Nosheen Iftikhar. The commission later rescheduled the by-poll for April 10.