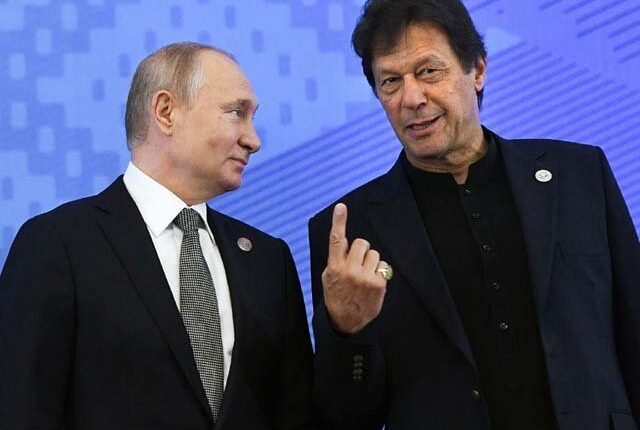 If you [Pakistan] are interested in corridors, defence or any cooperation, Russia stands ready, says Russian president

ISLAMABAD: When Russian Foreign Minister Sergey Lavrov visited Islamabad last week after a gap of nine years, he had delivered an “important” message to the Pakistani leadership. The message was from President Vladimir Putin.

“I came with a message from my president that tell Pakistan we are open for any cooperation, whatever Pakistan needs Russia is ready for it,” Lavrov was quoted by a senior Pakistani official, who attended the closed door meeting between the Russian foreign minister and Pakistani authorities, as saying.

“In other words, the Russian president offered us a blank cheque,” said the official, who requested not to be named because of the sensitivity of the issue.

The official revealed that Putin had conveyed to Pakistan through his top diplomat that Moscow would help Islamabad in any manner. “If you’re interested in gas pipelines, corridors, defence or any other cooperation, Russia stands ready for it,” the official quoted FM Lavrov as saying when asked what he meant by “blank cheque”.

Pakistan and Russia are already working on the North-South gas pipeline project. The two sides had entered into the agreement in 2015 to lay a pipeline from Karachi to Lahore. The project is estimated to cost $2 billion.

The work on the pipeline could not kick off because of possible American sanctions. The two sides, however, recently agreed to approve a new structure that would pave the way for the start of the work.

Russia is also keen to revive the Pakistan Steel Mills, which it originally built. Similarly, Moscow has interest in hydroelectric projects. Overall, Russia is thought to be willing to make $8 billion investment in different areas.

“It is now up to us to follow up this successful visit,” the official said. 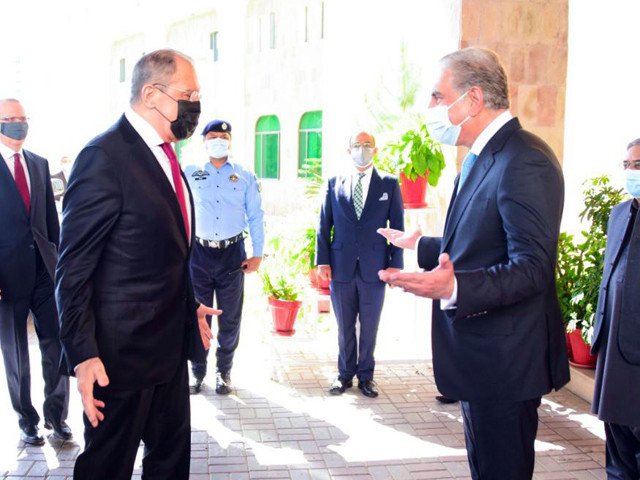 Russian FM is being received by his Pakistani counterpart upon arriving at the Foreign Office. PHOTO: TWITTER/@SMQureshiPTI

When asked the possibility of Pakistan acquiring Russian air defence systems, the official said he could not talk about the specifics but Russia had shown willingness to expand the cooperation with Pakistan.

At the joint news conference with his Pakistani counterpart, the Russian foreign minister had said Moscow was ready to supply Pakistan with “special military equipment” to enhance its anti-terrorists potential. He, however, did not provide further details.

Relations between Pakistan and Russia have undergone transformation in recent years thanks to the new alignments and strategic realities.

The rapprochement between the former Cold War rivals began in 2011 when Pakistan’s relationship with the US hit the rock bottom. At that time, a decision was taken to bring a strategic shift in Pakistan’s foreign policy. The shift envisaged reaching out to Russia as part of Pakistan’s efforts to diversify its foreign policy options.

The two countries initially worked quietly to find common ground. The years-long efforts had resulted in the Russian decision to send its troops to Pakistan for the first time in history for joint exercises in 2016. Moscow even overruled the Indian objections over holding joint drills with Pakistan.

Since then, the two countries have been regularly holding these exercises and they are looking to further deepen that cooperation.

Pakistan is hoping that Russian President Vladimir Putin would visit the country, something that would complete the Pak-Russia ties from being Cold War foes to friends.

In contrast, Russian ties with once its solid ally India are heading in the opposite direction. The two still have good relationship but the usual warmth they expressed earlier have been missing.

It was rare that the Indian Prime Minister Narendra Modi did not give audience to a visiting Russian foreign minister. Russia is concerned that Indian tilt towards the US would pose threat to its interests.

It was because of these reasons, Lavrov, both in New Delhi and Islamabad, indirectly objected to the grouping of US, India, Japan and Australia.

These developments are bringing countries such as Russia, China and Pakistan together.

What is the easiest way to burn fat?

Best Gifts for My Hospitalized Wife