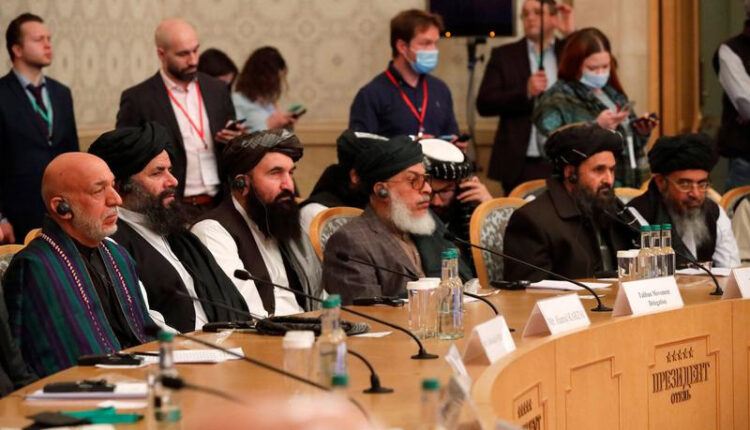 'Continuation of violence will strengthen the hands of ‘spoilers’, both within and outside Afghanistan'

UNITED NATIONS: Pakistan has welcomed the recent efforts to re-energize the Afghan peace process aimed at ending the war in Afghanistan but warned against spoiler attempts to subvert the peace negotiations and prevent a political settlement in the strife-torn country.

In a statement submitted to the UN Security Council, Ambassador Munir Akram called on all sides to work towards the reduction of violence leading to a ceasefire, a natural expectation from the peace process.

The Pakistani envoy’s statement followed a briefing, via video-link from Kabul, by Deborah Lyons, the Special Representative for Afghanistan, about the situation in that country during which she sounded alarm about soaring rates of violence that continue to hamper humanitarian efforts and erode public confidence more broadly.

“Continuation of violence will strengthen the hands of ‘spoilers’, both within and outside Afghanistan, to subvert the peace negotiations and prevent a comprehensive political settlement in Afghanistan,” Ambassador Akram said in his remarks.

“We must guard against those who desire to frustrate a peaceful settlement on the pretext of safeguarding democracy and human rights and to continue to use Afghan territory against its neighbours.”

“Terrorism has had a devastating impact on Afghanistan and its neighbouring countries,” the Pakistan envoy said.

Pakistan, he said, shares the international community’s determination not to allow Afghan soil to be used by Al-Qaeda, ISIL/Da’esh or other groups to threaten or attack any country.

“Some who have waxed eloquent about terrorism today are the very ones who wish to continue to foment terrorism from Afghanistan’s ungoverned spaces to conduct their war of terrorism against my country,” Ambassador Akram said.

He regretted that the Security Council has been prevented from considering the evidence of their sponsorship of terrorism.

He hoped that despite multiple challenges, and possible periodic setbacks, all Afghan parties will persevere in the pursuit of a political settlement.

Efforts must be made to ensure that such efforts complement, not subvert, the peace process, the Pakistani envoy said, adding, “Bringing in ‘spoilers’ to the table will retard the prospects of an early settlement.

Pakistan, he said, facilitated the commencement and the conclusion of last year’s US-Taliban Peace Agreement and the subsequent Intra-Afghan Negotiations.

In this regard, Ambassador Akram said Pakistan will support the consensus between Afghan leaders and the Taliban on any inclusive political settlement in Afghanistan.

“It is the Afghans who must be the masters of their destiny and decide their own future, without outside influence or interference,” he added