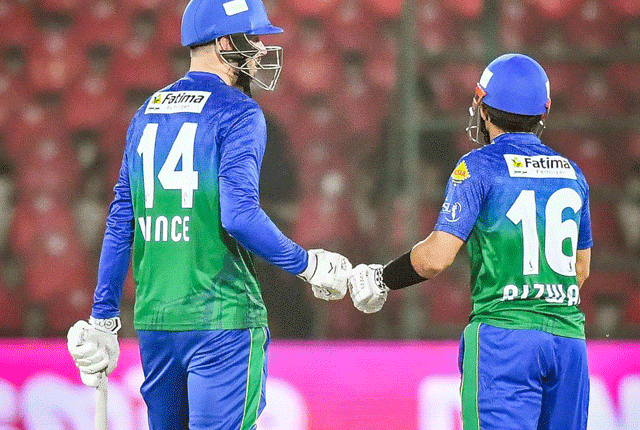 In pursuit of Lahore Qalandars’ 158 runs, Multan’s innings was started by Mohammad Rizwan and Chris Lynn.

Captain Multan Sultans Mohammad Rizwan once again played an aggressive and responsible innings and made a partnership of 110 runs with Sohaib Maqsood after which Mohammad Rizwan was dismissed for 76 runs while Sohaib Maqsood remained on the wicket with only 41 balls to spare. An unbeaten 61-run innings helped Multan reach the target of 158 in 16.2 overs.

Joey Denly, playing his first match in PSL 6, also showed responsibility after the early wickets fell early, but he lost the wicket for 31 runs and Ben Dunk scored only one run. ۔

5G Technology in Pakistan will be introduced by 2022

We will defend the motherland from all dangers, DG ISPR