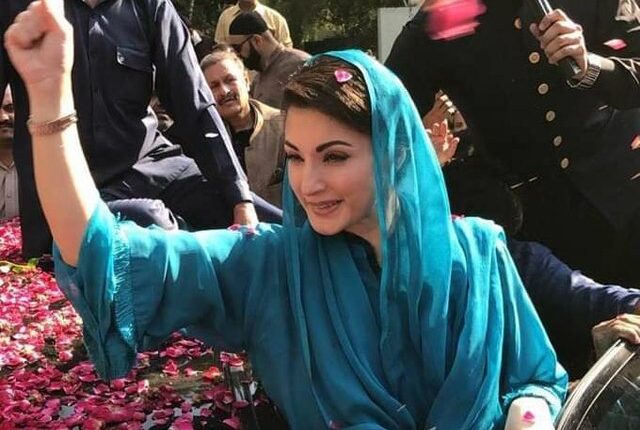 LAHORE: Taking notice of Maryam Nawaz’s statements, the National Accountability Bureau (NAB) – the country’s top anti-graft watchdog – on Tuesday observed that the Pakistan Muslim League-N (Nawaz) vice president had been making remarks against the “national institutions” which were based on “treason”.

“On being summoned by the NAB, an attempt was made to create an environment of chaos. Besides, [Maryam] has been issuing ‘treasonous’ statements against national institutions like NAB, respected judiciary, and the law enforcement agencies,” the national graft buster said in a statement.

The anti-corruption establishment maintained that Maryam Nawaz’s statements were aimed to create hurdles and influence the investigation of cases pertaining to corruption and money laundering against the Sharif family, besides creating conditions that were unfavorable for peace.

NAB said that it had been investigating Chaudhry Sugar Mills and money laundering cases against the PML-N vice president.

On Saturday, the Lahore High Court (LHC) accepted a petition for hearing by the NAB seeking cancellation of Maryam’s bail in the Chaudhry Sugar Mills case.

The petition stated that the PML-N vice president had been giving statements against state institutions since her bail and “tarnishing their image”.

A day earlier, Maryam questioned the accountability watchdog’s stance to “judge” her statements ahead of her appearance before the LHC.

“Who gave you the right to judge statements? Your job was to supposedly stop corruption. Now that you’ve failed in that, you have changed your responsibilities?” she said while addressing the NAB.

On Tuesday, the anti-corruption watchdog noted that by giving such statements, Maryam had been trying to “turn around” the ongoing investigation against her and bring the institutions to a point of “confrontation”.

According to the NAB, the PML-N leader had “challenged the law and order by giving inciteful speeches” and recalled the violent situation that had been “planned and intentionally created” during Maryam’s appearance at the NAB Lahore office in August last year.

It said that stones were pelted and the sanctity of the national institution [NAB] was violated at the time and the security agencies were challenged.

The national graft buster reminded that an FIR of the occurrence had also been registered against Maryam.

“However, the NAB decided not to summon Maryam for a while keeping in view the overall political situation, her political activities, and the national interests,” the statement said.

“The undue advantage of the situation was taken and the accountability process was constantly challenged. During this [period], an attempt was made to make fun of the courts and their decisions,” it added.

The PML-N leader’s statements outside accountability courts at different times exhibited “a plan of extremism.”

This was akin to giving the public a “false impression”, according to which NAB’s summoning and questioning of Maryam were given a political color, the statement further noted.

The anti-graft establishment stated that “according to a plan, attention was diverted from the real issue (anti-graft watchdog’s investigations)” by criticizing state institutions like NAB and the courts.

“NAB considers it important to clarify that Maryam did not only discuss the institution’s petition in the court in a very wrong manner but tried to distort the facts,” the statement said.

“NAB is a national institution that believes in taking constitutional and legal steps on the basis of justice and merit according to its mandate and will continue to do so. NAB is not affiliated with any political party and all its steps are associated with the benefit of Pakistan and its people,” it concluded.

The PML-N vice president was arrested by the country’s top anti-graft body in the Chaudhry Sugar Mills case in August 2019.

According to the NAB, she had been involved in money laundering by making investments of different amounts as one of the main stakeholders of the mills.

In November 2019, she was released on bail by a two-member LHC bench against two surety bonds worth Rs10 million each and an additional Rs70 million.