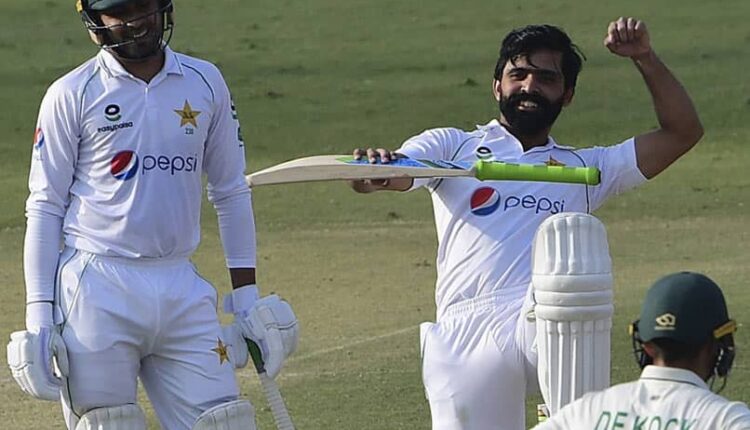 Karachi: In the Karachi Test, South Africa gave Pakistan an easy target of 88 runs to win which Pakistan achieved at a loss of 3 wickets.

In the Test match played at the National Stadium Karachi, South Africa scored 220 in the first innings in response to which the Pakistani team managed to score 378 runs, thanks to a century by Fawad Alam and thus gave the hosts a 158-run lead. The visiting team was bowled out for 245 runs.
Pakistan lost 3 wickets in pursuit of the easy target of 88 runs given by South Africa. Imran Butt 12, Abid Ali was dismissed for 10 and captain Babar Azam for 30. Azhar Ali remained unbeaten on 31 runs.

In the second innings, Dan Elgar was dismissed for 29 by the visitors. Van der Dawson and Aiden Markram put on a vital 127-run partnership as both batsmen completed their half-centuries, but Yasir Shah ended the partnership and sent Dawson back to the pavilion for 64 runs.
At the end of the third day, there were only 4 overs left but Faf Dupleix lost his wicket. He fell victim to Yasir Shah for 10 runs while in the next over, set batsman Makram fell victim to Noman Ali after playing an innings of 74 runs. For the national team, Yasir Shah took 4 wickets, Noman Ali and Hassan Ali took one wicket each.

On the fourth day, the visitors started their incomplete innings with 187 runs for the loss of 4 wickets. Keshu Maharaj was bowled by Hassan Ali for 2 runs and Yasir Shah ended the innings of Captain De Kock. He also managed to score only 2 runs. Energy Norje got out without opening an account. George Linde was the guest for 11 runs while Tamba Bauma’s resistance was crushed to 40 runs.

The spinners dominated the second innings for the national team. Noman Ali took 5 wickets and Yasir Shah took 4 wickets while one wicket went to Hassan Ali.

Earlier, Pakistan had lost 4 wickets for 33 runs on the first day of the game, but thanks to a magnificent century by middle-order batsman Fawad Alam, South Africa took the lead in the first innings. Former captain Azhar Ali and Faheem Ashraf also scored half-centuries.

On the first day of the Karachi Test, 14 wickets were lost. South Africa won the toss and elected to bat first. Yasir Shah took 3 wickets while debutants Noman Ali and Shaheen Shah Afridi took 2 wickets each.

Mindfulness Meditation: Why Do We Need It Daily.