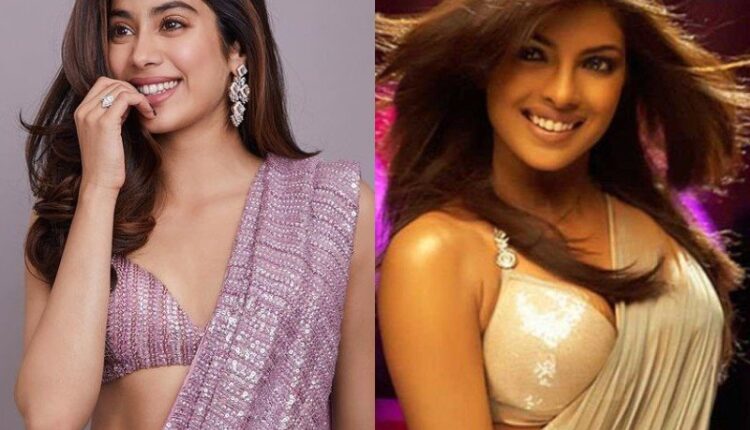 it’s been more than a de­ cade since the romantic comedy “Dostana” hit screens, but Priyanka Chopra’s per­formance in the film is still fresh in the audiences’ mem­ory. Thus, Janhvi Kapoor, who is currently gearing up for Dostana 2, is prepared for the comparisons that will be drawn between her and Privanka’s performance, despite the stark difference between them and the two films.

Janhvi will star alongside Kartik Aaryan and debutante Lakshya in the follow-up to the 2008 blockbuster, which also featured Abhishek Bachchan and John Abraham. The original, directed by Tarun Mansukhani, revolves around the story of two het­erosexual men (Abhishek and John), who pretend to be queer to share an apartment with a woman, essayed by Priyanka. Both men are head over heels for her in the film. Dostana-2, however, will re­portedly see Janhvi and Kartik as siblings falling for the same guy (Lakshya’s character).

The upcoming film has been directed by debutante Collin D’Cunha, who has co-written the script with Navjot Gulati, Surnit Arora and Rishabh Sharma.

Janhvi, in a recent conver­sation with The Indian Express, addressed the pressure she feels stepping into a fran­chise helmed and remem­bered by such renowned names, The actor, who turns 24 on Saturday, confessed that Priyanka set the bar high with Dostana and all she can do is pray that she gets” somewhere close to her”.

Janhvi shared, “Priyanka Chopra was iconic in Dostana. So, there is a responsibility, but it’s another film, so it’s completely different. All that I can do about the bar, the standard that she has set, is to try reaching for the stars, I guess. Pray to God and hope that I get somewhere close.”

Karan Johar, who produced the franchise, previously ad­mitted that the first part had a “caricaturish” representation of homosexuality, something the team has consciously avoided in the upcoming in­stallment, “Initially, Dostana was a conversation starter. But today I wouldn’t do that. The evolution is from one Dostana to the other. It will talk about sexuality in a way that will not make you cringe. So therein lays the evidence that in the last 12 years, there has been a solid change in the way we depict queer characters;’ he assured at the ‘We the Women’ event in December 2019.