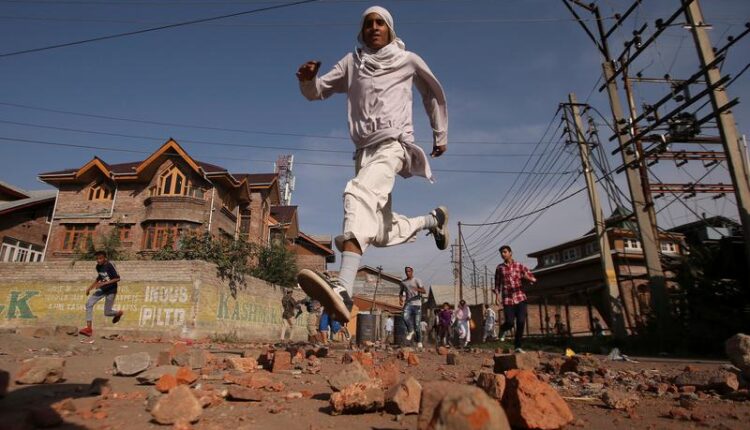 SRINAGAR: Several recent peace overtures between India and Pakistan have been widely hailed by both pro-India and pro-freedom groups and experts in Indian-administered Kashmir, but with a dose of skepticism.

On February 25 this year, India and Pakistan agreed to honor a border cease-fire the two countries had signed in 2003, but which both accused each other of violating countless times since then.

Dozens of people have been killed and scores have been injured in cross-border firings that have been the most intense in the past 17 years since August 5, 2019, when India scrapped the autonomous status of Jammu and Kashmir.

Along with the cease-fire agreement, media reports suggest that the two nuclear powers are working on a roadmap for long-term peace and a possible solution to the 73-year-old Kashmir dispute. Officially, both countries have yet to issue a statement about any such dialogue.

In Kashmir, where a raging anti-India insurgency has completed 30 years, the Hurriyat Conference, a pro-freedom grouping of several political parties, on Tuesday, welcomed “the shift towards good neighborly relations between the two countries” and stated it is ready to support such initiatives.

However, the Hurriyat said in a statement that such efforts “would not bear fruit until an atmosphere free of fear, repression, and human rights” is allowed to flourish. Releasing political prisoners, stopping arrests and killings during counterinsurgency operations could be such facilitating steps, it said.

The National Conference, the oldest pro-India political party that has got flak for stamping the controversial accession between the pre-1947 Jammu and Kashmir state and the Indian Union, said any political move that would end the strife in the region is welcomed.

“At this stage, it is too early to say anything definitively. Until some concrete changes on the ground do not materialize, one can only hope for a better outcome,” Imran Nabi, the party’s spokesman, told Anadolu Agency.

According to Sheikh Showkat, a political commentator, author, and former law professor at the Central University of Kashmir, the “Indian government has a propensity to buy time on Kashmir by giving an impression that it was engaged in a dialogue and then making a U-turn.”

“Kashmiris generally are skeptical of such developments because they have seen India only consolidating its hold on Kashmir all these years,” he told Anadolu Agency.

India and Pakistan have inked several bilateral agreements in the past and held a number of open and back-channel dialogues on Kashmir to break the deadlock. None has fructified so far.

Abdul Samad Sheikh, a 72-year-old businessman from Srinagar, told Anadolu Agency that India’s August 5 decision has “nearly buried the chances of reconciliation between the two countries.”

“We Kashmiris have lost everything and we would be the happiest if this issue is resolved. But there can’t be a resolution if our political aspirations are not respected,” Sheikh said.

Kashmir is held by India and Pakistan in parts and claimed both in full. A small sliver of Kashmir is also held by China.

Some Kashmiri groups in Jammu and Kashmir have been fighting against Indian rule for independence, or unification with neighboring Pakistan.

According to several human rights organizations, thousands of people have reportedly been killed in the conflict in the region since 1989.