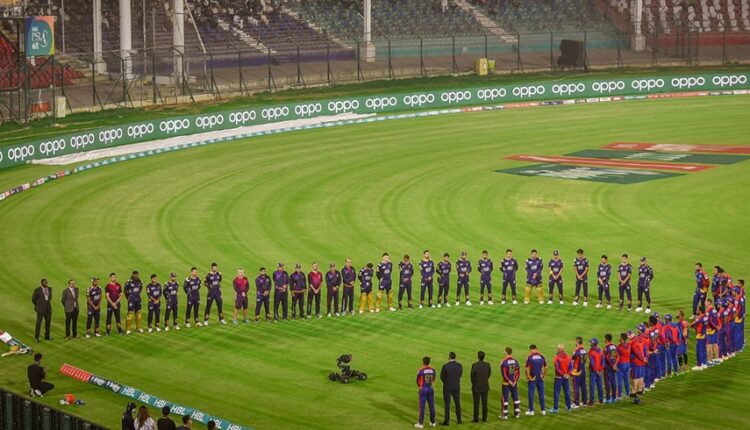 The Pakistan Cricket Board (PCB) has decided to postpone the ongoing HBL PSL 6 , after multiple positive Covid-19 cases.

According to details, seven players and one support staff official had tested positive for the virus which led to question marks over PCB’s bio-secure bubble arrangements and reservations from foreign players.

Quetta Gladiators’ Tom Banton and Islamabad United’s Fawad Ahmed and Lewis Gregory were among the players who tested positive.

Sources have also revealed that players relaxed after Peshawar Zalmi’s Head Coach Daren Sammy and skipper Wahab Riaz were reintegrated with the other members of the squad without following the proper bio-secure protocols. The step was taken after Zalmi refused to take the field against Lahore Qalandars without the duo.

Players’ families also joined the bubble without spending time in quarantine and proper testing. They were also seen mingling with players in the stands at the National Stadium in Karachi.

Following a meeting with the team owners and considering the health and wellbeing of all participants is paramount, the Pakistan Cricket Board has decided to postpone the HBL PSL 6 with immediate effect. The decision was made after seven cases were reported in the competition, which had started on February 20.

The PCB, as an immediate step, will focus on the safe and secure passage of all participants, and arrange repeat PCR tests, vaccines and isolation facilities to the six participating sides.