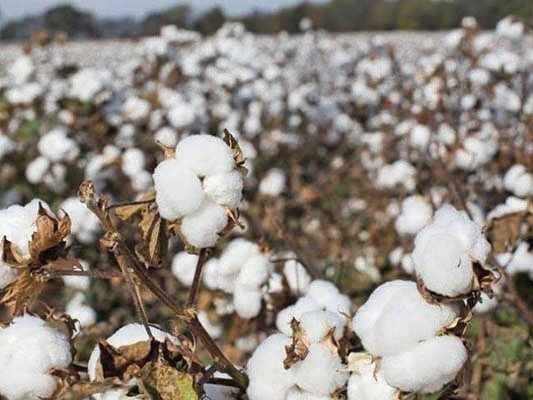 Foreign ministry left out of loop on cotton import from India

ISLAMABAD: The Economic Coordination Committee (ECC)’s decision to allow import of cotton and sugar from India sparked a lot of discussions as it was considered a move to normality relations with the neighboring country through backdoor diplomacy.

However, officials in the Ministry of National Food Security and Research revealed that the decision had in fact been taken by bypassing the Ministry of Foreign Affairs.

However, they termed it a political decision and suggested seeking opinion of the foreign ministry on the matter.

The Ministry of Commerce proposed to the ECC that import of cotton and cotton yarn from India may be allowed through land and sea routes till June 30, 2021 – until the arrival of new cotton crop.

During discussion, Umar said that economically, it was a good decision, however, the proposal needed to be seen from the political angle also.

His views were also supported by the PM aide with remarks that there would be no harm in import of cotton from India at cheaper rates.

However, he suggested obtaining opinion of the Ministry of Foreign Affairs on the subject.

Meanwhile, the Ministry of National Food Security and Research secretary opposed the plan to import cotton from India mainly because in India cotton was being produced with much subsidized input prices and growers were assured of a minimum support price.

He emphasized that detailed comments of the food ministry may be referred to in the minutes for record.

Azhar observed that in order to further boost exports of value-added textile products, the import of cheaper cotton and yarn would be beneficial at this stage.

The economic decision making body allowed import of cotton and cotton yarn from India through land and sea routes till June 30, 2021.

However, the cabinet blocked this move and deferred the import of wheat and sugar from India.

The State Bank of Pakistan, in its recent report on the agriculture sector, has revealed that the area under cotton cultivation has steadily declined to its lowest level ever at 2.2 million acres since 1982.

The sugar industry was a major reason for the decline in cotton production. Sugar mills were set up in the cotton belt area.

The era of Pakistan Muslim League-Nawaz (PML-N) was the worst when cotton output dropped to 9.9 million bales in 2015-16 compared to average consumption of 15 million bales, making Pakistan a net importer of cotton.

Now, the output has come down to seven million bales – the lowest in several decades. The powerful textile lobby has enjoyed incentives as it got billions on account of subsidy on electricity and gas.

However, there is no one to protect the rights of farmers who are at the mercy of textile barons.

The PML-N government had formed a committee on the agriculture sector that pointed to poor management by different governments over the past two and a half decades.

A report presented to the cabinet by the committee revealed that cotton production had faced virtual stagnation since 1991-92 and fluctuated in a range of 10 to 12 million bales over the period.

The Ministry of Commerce also proposed to the economic decision-making body to allow import of white sugar from India.

It suggested that the Trading Corporation of Pakistan (TCP) and private sector may be allowed to import sugar from India.

It also recommended that commercial importers may be allowed to import 300,000 tons of sugar from India till June 2021 on the basis of quota set by the Ministry of Commerce.

It further suggested allowing import of white sugar from India via land and sea routes.

After discussion, the Economic Coordination Committee allowed the private sector to import up to 500,000 tons till June subject to payment of all taxes. However, it allowed TCP free of taxes.