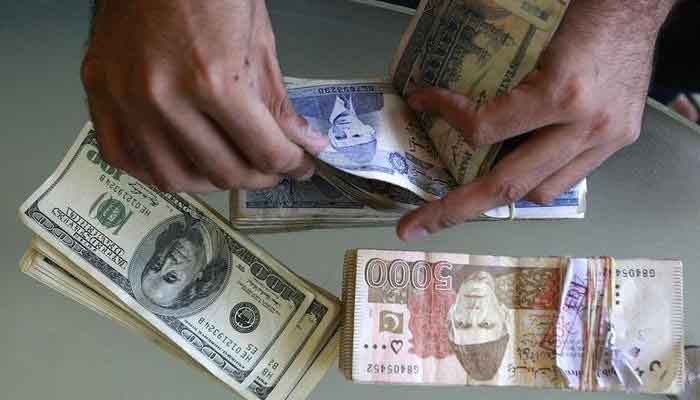 Closes at 157.84 against dollar, aided by higher foreign currency inflows

The Pakistani currency hit a one-year high of Rs.157.84 against the US dollar in the inter-bank market on Tuesday as the inflow of foreign exchange remained high compared to their outflow, according to currency market experts.

It closed at Rs158.03 on Monday, according to the State Bank of Pakistan (SBP). Support for the rupee came from the downturn in oil prices in the world market.

The drop in oil prices gives a signal to the inter-bank market that Pakistan will not require dollars in large quantities to pay for oil imports.

Read Also: 5G Technology in Pakistan will be introduced by 2022

“Rupee may peak at around Rs155 against the US dollar in the next one month,” Exchange Companies Association of Pakistan (ECAP) Secretary-General Zafar Paracha said while talking to The Express Tribune.

However, the rupee may not stay at around Rs155 for a long time because a stronger local currency would discourage the country’s exports, he said. Topline Securities Chief Executive Officer Muhammad Sohail said that the receipt of higher worker remittances and less (international) travel helped the rupee maintain its uptrend against the greenback.

Besides, the uptrend should help control imported inflation as Pakistan heavily relies on the import of raw material, machinery and food items. The growth of the rupee, however, may make the country’s exports uncompetitive in the international market, he said.

The new agreement is estimated to help Pakistan save $3 billion over a period of 10 years, starting 2022.

In addition to this, the International Islamic Trade Finance Corporation (ITFC) – a subsidiary of the Islamic Development Bank Group – extended financing worth $1.1 billion to Pakistan last week for the import of oil and gas in 2021.

The two deals for oil and gas imports supported the rupee’s strength against the US dollar.

“The continuous inflow of foreign currencies through the Roshan Digital Account (RDA)…from overseas Pakistanis has aided the rupee in gaining ground as inflows have stabilized the country’s foreign exchange reserves at around 13-month high of $13 billion,” Paracha said.

Read This: Betting on death of petrol cars, Volvo to go all electric by 2030

“The IMF has expressed satisfaction over the economic reforms undertaken by Pakistan in the latest review of loan program…despite the Covid-19 pandemic. The lending institution will release the next loan tranche amounting to around $500 million after mid-March,” he said.

Moreover, the deferring of foreign debt repayment by G20 till June 2021 and availability of $2 billion from Saudi Arabia and the UAE in Pakistan’s foreign exchange reserves for another year lifted the rupee, he said. Pakistan has also announced plans to raise $750 million to $1 billion by floating Eurobonds in the international market next month.

Besides, the rollout of Covid19 vaccine and reopening of global economies from partial lockdown have also reduced demand for gold globally.

“China, which used to be the single largest buyer of gold, has stopped buying the commodity these days,” he said.

ASSJA President Haji Haroon Chand added that global political tensions have decelerated since Biden’s arrival in the White House. The gradual return of peace around the world reduced the global demand of gold as stock and oil markets have resumed bull-run.