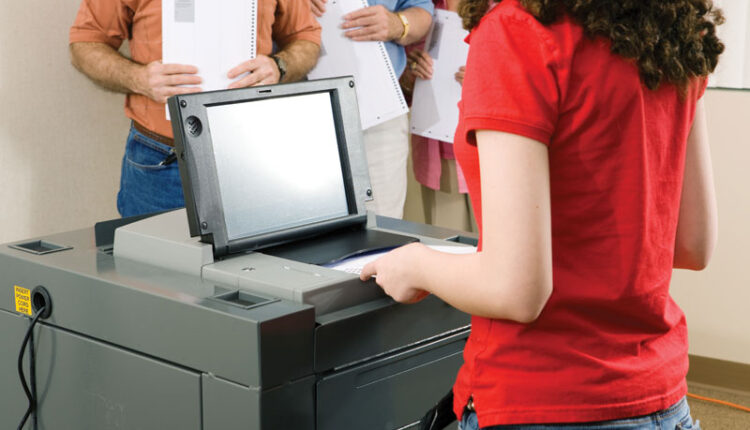 It is crucial to hold transparent elections in the country, says premier

ISLAMABAD: Prime Minister Imran Khan told the federal cabinet on Tuesday that the only way to hold transparent elections in Pakistan was through the electronic voting system being used in the United States as even former president Donald Trump could not point out any flaws after he lost to incumbent US President Joe Biden.

Before starting the weekly cabinet meeting, the Prime Minister told the cabinet members that the government will introduce electoral reforms and Electronic Voting Machines (EVM) to ensure fair and transparent elections in the country, adding that the overseas Pakistani will also get voting rights in the coming general elections.

“A transparent voting system debunked the former US president Donald Trump’s allegations of electoral malpractice; just like in the US, Pakistan will also put in place the same system to ensure fair and transparent elections in the country,” the premier said while emphasizing on expediting work for introducing electoral reforms and giving voting rights to overseas Pakistanis.

PM Imran said that the EVM system will not only enable millions of Pakistanis abroad to vote in elections but modern technology will make the election process transparent. He added that EVM will counter the voter fraud claims made after losing the polls.

Referring to the recent Senate elections, PM Imran said that it was crucial to hold transparent elections in the country. Right at the outset, the premier placed the United Nations’ Financial Integrity for Sustainable Development Report before the cabinet, saying billions of dollars are laundered from poor countries to rich countries every year, adding a country cannot progress whose ruling elite loots and launders that money abroad.

The UN report reviews the current challenges and trends related to financial accountability, transparency and integrity, and makes evidence-based recommendations to close remaining gaps in the international system.