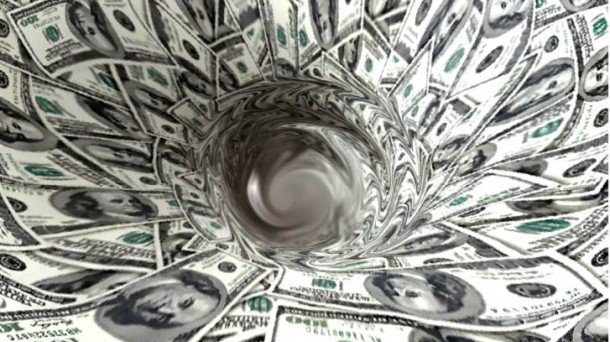 ISLAMABAD: Pakistan will meet a dozen conditions in six months to stay in the $6 billion International Monetary Fund (IMF) programme but its economic endurance still hinges upon an $11 billion continued Chinese lifeline.

The international lender on Thursday released its staff level report of the $6 billion programme, confirming that the government was in process of increasing electricity prices by Rs5.65 per unit or 36% from now till October.

This increase will put an additional burden of Rs884 billion on the consumers by June 2023, according to the circular debt management plan, which the cabinet approved last month as part of the actions to meet the IMF conditions.

Additionally, the government will slap new taxes equal to 1.1% of GDP or around Rs600 billion in June as part of the IMF condition, according to the report.

These conditions are among 11 actions that the government will take by September this year.

They are in addition to the five prior actions that the government took to convince the IMF board to approve its case.

They included the introduction of the Rs140-billion mini-budget, an increase in electricity prices by Rs4.97 per unit from December 2020 to January 2021 on account of quarterly and annual tariffs, introduction of amendments to the SBP Act and the approval of the circular debt management plan by the cabinet.

The government is implementing these actions to remain in the $6 billion IMF programme but at the same time, the report shows that Pakistan’s external financing needs are still largely met by Chinese continued support.

The IMF programme was aimed at putting the country on sustainable path by removing all bottlenecks to growth. But the country couldn’t enhance its exports and remains deeply dependent on foreign loans to remain afloat. Another objective of IMF programme was market based exchange rate, which too couldn’t help exports.

The country’s gross external financing needs — the funds that it needs to pay off foreign loans and finance its imports — amount to $27 billion over the next 12 months, according to the IMF.

The finance ministry told the Washington-based lender that key bilateral creditors had maintained their exposure to Pakistan in line with programme financing commitments.

However, Saudi Arabia has already withdrawn the $3 billion it had committed.

“China has maintained its exposure by renewing and augmenting the CYN 30 billion, (about US$4.6 billion) three-year bilateral currency swap”, the report confirmed.

The Express Tribune had reported that China had increased the size of bilateral currency swap from $3 billion to $4.5 billion to help Pakistan pay off Saudi loans.

The IMF report further read that China had renewed the maturing commercial loans as part of the programme financing assurance commitment.

China rolled over $2.5 billion commercial loans in this fiscal year and also plans to extend $4.4 billion in the next fiscal year.

The IMF report stated that China had also provided an additional $1 billion deposit in July 2020, raising the State Administration of Foreign Exchange (SAFE) deposits to $4 billion.

The report also acknowledged that the commitments that Pakistan had made to remain in the programme were ambitious.

PM Imran has already shown the door to former finance minister Dr Abdul Hafeez Shaikh for making these commitments and not fully disclosing them to the premier, particularly those related to the NEPRA Act and SBP Act amendments.

Rigo said the programme was “not written on stone” and the Memorandum of Economic and Financial Policies (MEFP) by Pakistan was a “live document”. The mission chief added that Pakistan and the IMF were in discussions to see the impact of the second and third waves of coronavirus on the economy.

To another question, Rigo said the IMF did not receive a formal request from Pakistan to renegotiate the programme objectives.

The lender cautioned, in its report, that political tensions over reforms could weaken policy implementation, and undermine the country’s adjustment and recovery path as well as debt sustainability.

The IMF report read that Pakistan’s cabinet had approved a timetable for the outstanding power price adjustments, which include this fiscal year’s annual rebasing, estimated at Rs3.34 per unit in the base tariff, and quarterly tariff adjustments, estimated as Rs1.63 per unit to catch up with past deferrals.

The IMF report further revealed that as a first step, the government had notified an increase of Rs1.95 per unit in January 2021 and completed the Q2–Q3 of the last fiscal year quarterly tariff adjustments of Rs1.63 per unit in December 2020.

The lender said the adjusted tariff now recovered about 90% of the power cost, excluding subsidies.

As part of the commitment, the “second-step annual rebasing is due in June and the Q4 FY 2020 QTA in September”.

The increases on these accounts are equal to Rs4.33 per unit, as per the circular debt management plan.

The IMF report further revealed that “Q1 FY 2021 QTA falls in April 2021 and is expected to be timely implemented under the automaticity of the amended NEPRA Act”.

This will lead to additional increases of Rs1.32 per unit, as per the plan approved by the cabinet.

The report noted that NEPRA Act “amendments will ensure the automaticity of quarterly tariff adjustments (QTAs) and reintroduce the option to levy surcharges if necessary”.

“here are no easy solutions and hard choices need to be made” in the energy sector,” said Rigo while commenting on the need for a massive increase in electricity prices.

According to another IMF condition, the government will rationalise the existing electricity subsidies by June. The payment of Rs180 billion to 45 private companies by end-May 2021 is also a condition.

The government has also made a commitment to amend the OGRA Act by June this year to increase the gas prices biannually.

There is also a condition to establish an asset declaration system with a focus on high-level public officials by end-June 2021, publication of the second review cycle report under the UN Convention against Corruption and review of the institutional framework for Pakistan’s anticorruption institutions by international experts.

The IMF has also imposed a condition for the introduction of the track-and-trace system for tobacco products by June 2021.

The government will have to make public Covid-19 related contracts it had awarded and beneficial ownership information of bidding and awarded legal persons on a centralised website by end-April.

According to another condition, the publication of the auditor general’s ex-post audit of the procurement of urgently needed medical supplies related to Covid-19 is also required by end-April.

The publication of an external audit of the Utility Stores Corporation by end-April and establishment of a robust asset declaration system end-June are two other new conditions.

Foreign ministry left out of loop on cotton import from India