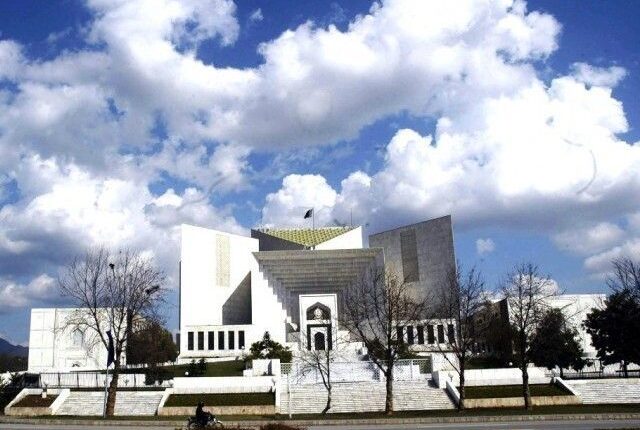 ISLAMABAD: The Supreme Court has highlighted dreadful consequences of disenfranchisement of people in a matter related to delay in holding local government elections all over the country.

“We should continuously recollect that Pakistan, comprising of East and West Pakistan, could not be sustained when the peoples’ elected representatives were not given their due. We cannot remain silent spectators to the disenfranchisement that has been brought about, and when those who have challenged such an act are effectively denied access to justice by administrative measures it raises grave misgivings,” a 12-page judgment, authored by Justice Qazi Faez Isa, stated.

A division bench of the apex court led by Justice Isa has taken strong exception over non-fixation of the constitution petition against dissolution of local governments in the province of Punjab.

In July last year, a three-member bench, headed by Justice Mushir Alam, had passed a comprehensive order and issued a notice.

However, the counsel for the petitioner submitted that the registrar did not fix the petition in court until much later and that too before another bench. The petition, he stated, remains pending.

The court noted that election matters must be dealt with on a priority basis. The criticality of the said petition was even greater because it had challenged the Punjab Local Governments Act which had disenfranchised the people and sent 56,000 elected representatives home, and who were substituted by the bureaucracy of the province.

The bench noted that they were informed that the last hearing in the said petition took place on October 26, 2020 and since then, five months had passed but the petition had not been fixed for hearing.

The Supreme Court, expressing anger, said that by not fixing the petition for hearing, the registrar undoubtedly undermined the people’s perception of the independence of the Supreme Court.

The judgment noted that the SC Registrar should have ensured that the said petition be fixed at the very earliest. However, unnecessary objections to its maintainability were first raised and then it took a few months before the petition was placed for hearing in court.

“The progress of the petition was further delayed when, after issuance of notice by this court, the registrar did not fix it for hearing. If election matters are not decided at the earliest, people lose faith in democratic institutions. The said petition raised questions of immense public importance as the people of the most populous province of the country had been disenfranchised at the local level.”

To facilitate an early decision of the petition and to avoid unnecessary and time-consuming duplication of record, the filings and orders herein be attached with the said petition, the order stated.

The court said that the matter of holding local government elections lies within the domain of the commission as per Article 219(d) of the Constitution and a province cannot dictate to the commission, if and/or when, the same can be held.

“On the contrary, Article 220 of the Constitution mandates that, ‘It shall be the duty of all executive authorities in the Federation and in the provinces to assist the commissioner and the Election Commission in the discharge of his or their functions’.

“In case the Federation and/or the province(s) create hurdles in the way of the commission holding elections, they will be violating the Constitution, which may attract serious consequences.”

The bench expressed surprise that the population census carried out about four years ago has still not been approved, disapproved or otherwise resolved by the Council of Common Interests (CCI).

“The matters of state take priority over all other matters. To postpone indefinitely a constitutional requirement, of holding elections, because the CCI, which comprises of the highest executive functionaries of the Federation and the provinces, can’t be bothered to meet, violates the fundamentals of the Constitution. The Constitution cannot be permitted to be violated. If the excuse of the government were to be accepted then elections to the national and provincial assemblies can also not take place, and that would be the end of democracy,” the judgment stated.

The Supreme Court also said that it would be best to recollect and abide by the advice proffered by the founder of the nation, the great Muhammad Ali Jinnah immediately after Pakistan had gained independence.