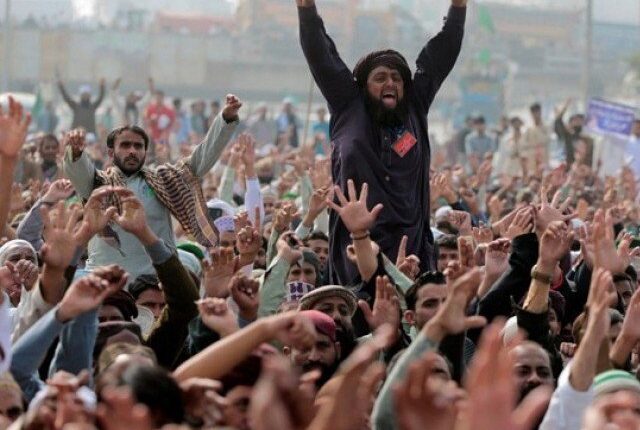 ISLAMABAD/ LAHORE/ KARACHI: At least three people have been reported killed and more than 100 supporters of Tehreek-e-Labbaik Pakistan (TLP) were arrested overnight as theTLP protest entered the second day after the arrest of its chief Sahibzada Saad Hussain Rizvi a day earlier.

The deaths occurred in the Faizpur Interchange area of Lahore. A police constable was also killed by protesters in Lahore, he was deployed at Gowalmandi police station.

Amid sporadic violent clashes between protestors and law enforcement agencies, a significant number of the country’s major arteries remained blocked on Tuesday.

According to a TLP spokesperson, Rizvi was arrested from Punjab capital’s Iqbal Town area, where he had gone to attend a funeral.

Saad Rizvi is the son of the firebrand cleric and the former chief of the TLP, Khadim Hussain Rizvi, who died in November last year.

As the protests continue, the federal government deployed the paramilitary Rangers at Islamabad’s Faizabad Bridge, IJP Road and Dhokri Chowk.

The paramilitary troops have also been deployed for the security of the Red Zone, diplomatic enclave and all important government buildings in the federal capital.

It has been reported that Murree Road is closed to all types of traffic and Bara Kahu is also blocked as the protesters have barricaded it with trucks.

Meanwhile, in Karachi, traffic flow remained suspended due to sit-ins as well. According to the traffic police spokesperson, the protesters have staged a sit-in at Orangi No. 5, Baldia Hub River Road, Kornagi No. 2.

The traffic police have requested the citizens to take an alternative route.

The National Highway was also closed due to protests in Rawat, Gujjar Khan and Taxila.

The motorways were reopened at 5 am and normal traffic flow resumed.

At least five policemen, including DSP City, were injured in clashes between protesters and police last night.

Furthermore, at least thirty-five protesters from Rawalpindi and more than 100 from across the region have been arrested.