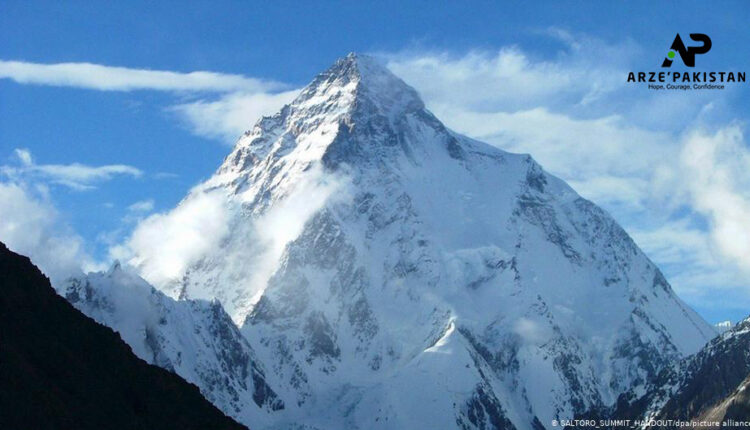 All campaigns to conquer world’s second highest mountain are terminated. The teams at the base camp have left for Skardu.

Since mid-December, 60 climbers from 18 countries have been waiting for the weather to improve to Conquer the world’s second highest mountain.

At the request of the Government of Pakistan, the campaign to climb the world’s second highest mountain “K2” has been terminated this winter, after which all the foreign climbers at the base camp will leave for Skardu. In mid-December, 60 climbers from about 18 countries camped at the K2 base camp to climb on K2 in the winter. The expedition headed to Skardu from the base camp in view of the inclement weather.

Although the height of K2 is only 200 meters lower than the world’s highest peak, Mount Everest, but climbers around the world consider it more dangerous and challenging than Mount Everest. Climbing Mount Everest is not a difficult task but the only campaign on K2 that can be successful is the K2 itself.

Read Also: The World Health Organization has expressed concerns about the COVID Vaccine

According to the Alpine Club of Pakistan, bad weather is forecasted for the next seven days due to which the winter campaign 2020-2021 is ended. However, the search for the missing climbers will continue. On January 16, 10 Nepali climbers, led by Nirmal Praja, climbed the world’s second highest peak for the first time in winter. Later, Pakistani mountaineer Muhammad Ali Sadpara, his son Sajid Ali Sadpara, Iceland’s John Sunori and Chile’s Juan Pablo Moore set out to make another history. Due to lack of oxygen and ill health, Sajid Sadpara Had to postpone his mission at an altitude of 8,000 meters, after which he returned safely to base camp.

However, the other three climbers have not had any contact with the base camp since Friday evening. Apart from Pakistan Army helicopters, local mountaineers and other experts have been searching for the missing climbers. The rescue mission is underway but so far no trace of the three climbers has been found. According to the Alpine Club of Pakistan, the weather is awaiting clearance.

During yesterday’s search operation, the team found some remaining of climbers in some places. After examining it, it was concluded that the evidence belonged to the camp sleeping bag. Although no official statement has been issued so far about the survival of the three missing climbers, experts say that at an altitude of more than 8,000 meters it is impossible for anyone to live for so many days. Nazir Sadpara is one of the world’s famous mountaineers. He climbed the world’s highest peak “Mount Everest” in 1981 and 2000. Nazir Sadpara says that It is rumored that John Sunori suffered a frostbite at Camp III and that Chilean Juan Pablu Moore was also not a seasoned climber. In all these circumstances, Ali Sadpara was under a lot of pressure and both the foreign climbers depended on Ali Sadpara.

Nazir Sadpara said that in case of strong winds and If the temperature is below minus 60, it is impossible to sit in one place for more than eight hours in such a situation. He said that even oxygen can help you for a maximum of eight to ten hours. Slows down a lot and everything starts to solidify.

Read More: Mindfulness Meditation: Why Do We Need It Daily.

The K2 is world’s second highest mountain and  one of the most dangerous mountains in the world. So far, 88 climbers have died trying to climb it. Earlier, Spanish climbers from the same mission were also killed while changing ropes. According to statistics, the death rate on Mount Everest is 4% while on K2 is 29% because K2 roads are full of death ravines.

The World Health Organization has approved another corona vaccine

Search Trends in Pakistan? Google released the details for 2020