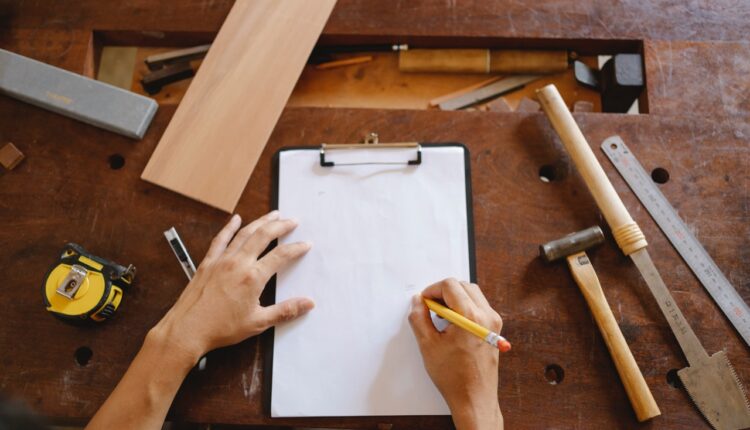 We’ll be discussing about “7 Jobs That Can Make You a Millionaire” in no time. Everyone talks about how you have to become an entrepreneur to stand a chance to become a millionaire, but most millionaires become one by having a high paying job. They might not drive supercars or fly private jets because it’s so expensive even most millionaires can’t afford that, but nevertheless, they have a net worth of over a million dollars.

This not what you have expected, and if you take a look at any statistics, you will not find this at the top of the highest-paying jobs, but a commission-based job will give you the highest possible chance to become a millionaire. When you have a traditional job, you are usually paid based on your time. If you work this many hours, you get paid this much. No matter how much you get paid per hour, what’s certain is you have a limited number of hours a day, so even if you are paid a thousand dollars an hour, you can’t work for more than 10 or 12 hours a day because you will have to sleep and take care of your other needs. So you are limited to 12K hours a day, but if you are paid based on your results, then you have the freedom to come up with more creative ways to sell.

Let’s suppose, you are a real estate agent, and you get paid a tiny percentage out of each house that you sell. Now it doesn’t matter how many hours you work. It all comes down to how many houses you sell and how expensive these houses are. You can improve your negations skills, find more creative ways to find clients, and build strong connections with people who can afford to buy a house, and instead of selling a 200K dollar house, sell a 20 million dollar house. A single transaction can literally earn you more money than most people make in an entire year.

It doesn’t matter what statistics you look. Anesthesiologists are always at the top of the highest earners. It seems like the most certain path to become a millionaire is to become an Anesthesiologist. Of course, it’s not easy. It takes years of dedication, commitment, and discipline, but with an average salary of 340K, I think it worth it, and that is the average, imagine how much the highest earners in this field make. I won’t be surprised if its millions of dollars, maybe even tenths of millions of dollars. In fact, the starting salary of an Anesthesiologist in the US is around 200K dollars. Of course, a big chunk of this paycheck will definitely go to taxes since income tax grows higher and higher as you make more money, but that is still an incredibly huge number.

If you visit the official website of the bureau of labor statistics and take a look at the highest-paid occupations, you will find out that the top 10 occupations are all in one way or another are medical professions. Psychiatrists, surgeons, gynecologists have all dominated the list. No wonder why becoming a doctor is such a prestigious job, I guess a big portion of millionaires in the country are doctors. Even if it takes you ten years to become a qualified doctor, with an average salary of 200 to 300K dollars, it’s just a matter of a few years before you will be able to save a million dollars. It takes unbelievable discipline and hard work to become one. So, don’t let any of these salaries fool you if you are not passionate about it because it takes at least 10 to 14 years to become a qualified doctor.

Another field that pays really high is cybersecurity. When the internet was invented, no one thought that it could be so big. We are at that point where imagining life without the internet is impossible. In fact, if it wasn’t for the internet, you wouldn’t be able to read this blog. It gave us an opportunity to connect the entire planet into one place. It’s just unbelievable that you can pick up your phone in Florida and connect to someone who is on the other part of the planet in real-time.

It also transformed the financial industry. Sending money to someone was a nightmare just a few decades ago. Now you can do it from the comfort of your couch, but that comfort came with a lot of risks. Whatever is online is vulnerable to hackers. While everyone wants to be able to quickly send money, no one wants their bank account information be stolen and misused. In 2017, hackers stole over 172 billion dollars. That’s like hackers stealing Jeff Bezos’s entire net worth overnight and leaving him with just 10 billion dollars. That’s why companies are pouring billions of dollars to make their systems safe and secure. If your credit card data gets stolen once, you probably won’t purchase anything from that website again. So companies are paying an average salary of 250K dollars if you can help them to protect their systems.

If you are a good hacker, you can definitely become a good cybersecurity expert. But if you don’t want to save your paycheck for a few years at least to be able to call yourself a self-made millionaire, try hacking an iPhone. If you successfully hack the iPhone, Apple is offering between $100,000 and $1 million for anyone who can hack an iPhone. And that’s not unique to apple. Facebook, Google, and other tech companies offer similar bounties, but apple by far offers the biggest paycheck.

Have you ever heard that: “Data Is the New Oil of the Digital Economy?” Since the dot com bubble, data has become the most valuable commodity on the market. In the past, if you would start a business, you had to research the market and find out what is in demand. If pink t-shirt were trending, all you had to do is order a ton of pink t-shirts and price them competitively and just hope that you can sell them. But that has changed.

With the rise of social media, you no longer have to guess. People are giving away their data for free; what they like? What are they interested in? And what they are ready to pay for? You no longer have to guess. You can find clients who are ready to pay for your products just by running some online ads. But most of these data are usually messy, and the job of a data scientist is to structure them and make a sense out of them so that it could be useful.

The average salary of data scientists is over 122K dollars. In fact, as the number of internet users grows every year, the demand for data scientists would grow as well.

While data is the new oil, the actual oil is still here and doesn’t seem to go anywhere, anytime soon. Of course, it will become less relevant every year since we are moving to renewable energy sources, but we are still far away from building electric planes or rockets. Rockets or planes are so heavy that they need an enormous amount of energy to overcome gravity and fly, so Petroleum engineering is still a field that pays a lot. We all want every car in the street to be electric, but even according to Elon Musk, it will take us at least 20 more years. The starting salary of a petroleum engineer is over 77.5K dollars, and an experienced engineer easily makes over 135K dollars. While it’s not as much as what you would get as a doctor, it is still enough to provide you with a pretty comfortable life and turn you into a millionaire in the long run, especially if you work slightly harder and become better than the average engineer.

No matter where or when, Lawyers seem to always be at the top of the highest earners. While not all lawyers make a lot of money, corporate lawyers who work for a giant corporation are known to make fortunes. A company gets into a lawsuit. If it loses, it might have to pay hundreds of millions of dollars, if not billions, so it hires the best lawyers in the world to win the lawsuit and pays them a fortune.

Companies usually have anything from a few lawsuits to dozens if not hundreds running at the same time. So if you are a good corporate lawyer, expect calls from the world’s largest corporations. But if you end up just an average lawyer, that’s also not bad because the average base salary starts at 110K dollars. If you also include commissions, bonuses, that number could double or triple.

At the end, I just want to say that it doesn’t matter what industry you get it and what job you end up getting. It all comes down to you, to your discipline, creativity, and commitment. If you are good at what you do, if you are better than your competitors, then you will certainly be rewarded for your effort and the value you bring in, so focus on becoming the best in whatever you do.